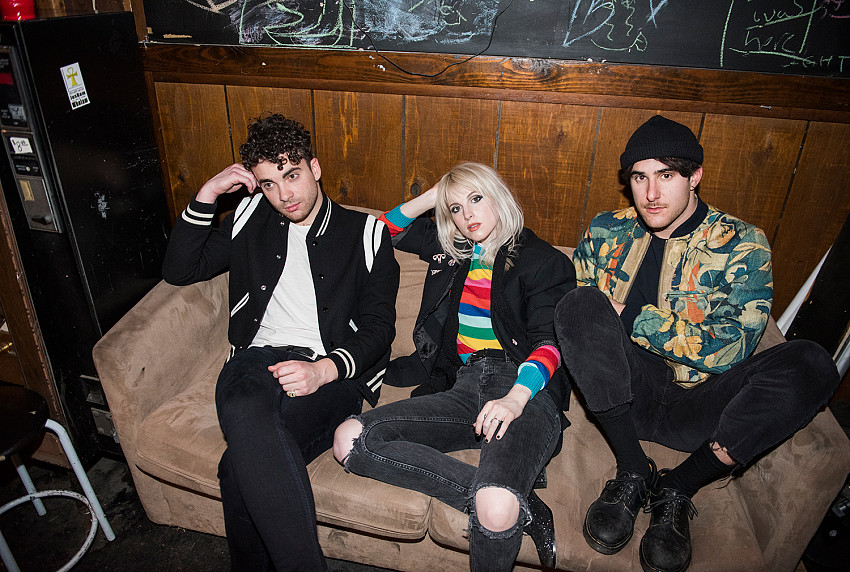 Paramore is a band that formed in 2003 in a quiet town that is now known as Nashville, TN. Still in junior high, music made up 100% of their extracurricular time. Until eventually, they all left for tour in the middle of a school year and thank heaven music would eventually work out for them. No one understood how a band so un-country could be from this strange little town called Nashville, nor how a bunch of kids so small could play their angst-filled songs so proudly.

Much time has passed since those innocent days.

Life has worn its grooves into the record that is Paramore's collective life. If you look closely, you can see that the members of Paramore all have very sexy dark circles under their eyes now... and surprisingly, haven't all quit music after years of sexism in the media, soap opera-worthy drama, and nearly 15 years inside the brutal beast that is the music industry.

Paramore still reside in their beloved home of Nashville, TN, which these days looks a lot more like a construction site than a well-kept secret. They spend most their days and nights sitting on the porch together laughing or crying... reminiscing, daydreaming, or trying desperately to just stay present.

The band recently wrote and recorded their 5th album in their hometown of Nashville. It's called After Laughter and is out now. Listen everywhere!