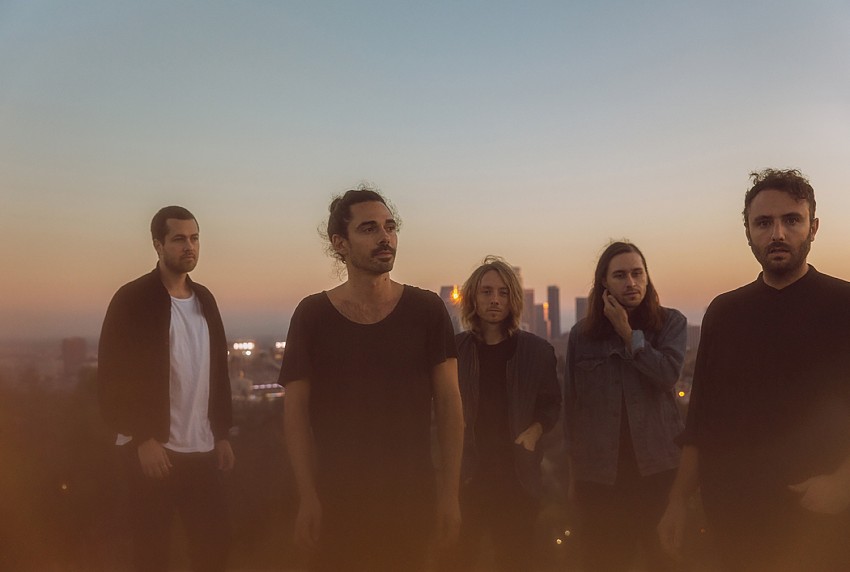 Let’s think about our musical heroes for a second. How few of our favourite artists rose from a burst of brilliant light and then rode that one, simple wavelength across an entire career. Those who have truly built a lasting lot, one with arcs, evolution, and focus—the icons who hold up the mirror to nature and push themselves to grow and change and persevere, and who challenge us, the listeners and fans, to follow them on their glorious, circuitous paths—those are the heroes who will truly live forever.

In 2010, Local Natives galvanised a musical scene in Southern California, crafting a sound that they loved, and that others flocked to in turn, with the breakout success of their debut album, Gorilla Manor. The five-piece from Los Angeles featuring Taylor Rice, Kelcey Ayer, Ryan Hahn, Nik Ewing, and Matt Frazier have since created a series of different cathartic chapters informed by their constantly changing surroundings.

The band’s second album, 2013’s brooding and lovely Hummingbird, was born out of a period of darkness, a time spanning loss, grief and change. It was, as Rice calls it, an “existential nightmare” and a difficult writing process, but is remembered fondly by its authors as a beautiful and honest representation of who and where the band was at the time. After a multi-year tour that required the group to relive the dark introspection night after night within the explosive enthusiasm of their stage show, Local Natives were ready to transition into their next phase and to begin writing a new record with an entirely fresh perspective.

As the band began to grow, so too grew its lens, and suddenly the “indie rock” lens cap did not seem to fit any longer. These 30-year-old Los Angelenos had seen the world and heard its sounds, and knew, deep down, that there was more in them. And, as in the style and paths of those arcs of our heroes, when Local Natives filtered this whole new layer of influences through their spectrum, the result is an everywhere-you-turn showcase of vision and virtuosity and their grandest statement yet: their third album, Sunlit Youth.

“Coming out of Hummingbird, I think we took our time,” Rice says. “Part of that was to hit a reset, but also the whole process of this new album was very different. We made sure we were connecting to the joyfulness of making music and what inspired us, and we let that lead us. These songs have this outward effusiveness to them. We threw out our band rulebook and tried to push our dynamics and to think differently.”

The first step in this leap of faith was their songwriting process. As opposed to culling song ideas from jamming together as a group as in the past, the band’s core trio of songwriters Rice, Ayer, and Hahn each produced songs on their own more frequently than ever before, rendering each writer prolific and vastly increasing the number of songs brought to the group space. “That just made us so much more productive,” Rice says. “It was more fun and more free. We wrote fifty songs for this album. I think the record shows that it was chosen from a much larger batch of songs.”

“It took us a second to get used to the idea that no matter how much you slam your head against the wall, a song isn’t going to be great unless everything truly comes together,” Ayer says. “We just focused on the good ideas and knew what to chase. I think getting better at writing songs means knowing what to grab and what to throw away. It’s better to see potential. This record is definitely a testament for us that if you write fifty songs, you’re gonna get ten or twelve that you really love.”

The kick-start album-opener “Villainy” signifies the band’s unbridled new energy and huge ambitions. As Rice sings “I want to start again / sunset’s new babbling man,” electronic notes sputter and swirl, rising and setting as drums pound and keys light the path. It heralds more of a focus in that energy—something the band has had in spades since the beginning—than a change in direction, and the way it reaches beyond the rafters and straight into the sun points the way for the tracks to follow.

As Hahn says, “We’ve gotten older and gotten better at our instruments. There’s a confidence in that, and a confidence to be selfish. You start thinking, ‘What do I want to hear?’ Forget about what we’ve done and what people expect. This is a song that I would want to hear. Selfishly, within the band, if we like this, it doesn’t matter if anyone else does. ‘Villainy’ was born out of listening to sounds that I would have never listened to for Gorilla Manor. We just wanted all the new stuff to have a different energy, and to challenge ourselves to do something different each time.”

Across the album, the band does just that, delving into dancier, poppy moments on “Past Lives” and “Masters,” Fleetwood Mac-inspired dark pop on “Dark Days”, blue-eyed-soul stomp on “Coins,” and prospective anthems on “Fountain of Youth” and “Call Me On.” And while this is new ground for Local Natives to some degree, the sound never loses those qualities that made us fall in love with them in the first place, an accomplishment the band endears to simply following their desire to please themselves.

What has always been there for Local Natives is their meticulous crafting of musical elements while constantly pushing and pulling melody, harmony, and rhythmic components from within their construct and out into the cosmos. Their method lends to a dynamic beyond cerebral execution and into pure, unbridled emotional and energetic territory. As the hedges grow higher in our minds, the band has tapped into that which got the seeds planted in the first place, and the result is an empowering concept of eternal life embodying what Sunlit Youth is all about.

“The record is optimistic and does suggest this feeling that we—as individuals, as society—have the power to take life wherever we want. It’s exuberant and joyful but I think we have a self-awareness in this world now that you can’t have when you’re twenty years old and making your first record. We’re realising that there’s a cyclical nature to it all and there’s always a new perspective. I think it’s this optimistic vision of how the world works, and this album is about facing those realities. A concept like ‘Fountain of Youth’ isn’t an individual, selfish desire to live forever, it’s more the kind of regenerative way that the world is made over and over again. We can do our small part, even if you don’t know how it’s going to affect the change. That is what optimism and changing the world into what you want is. It’s a metaphor. We could connect each of these songs to that feeling of empowerment. ‘Sunlit Youth’ evokes that feeling. It feels like a nice wrapping-up of this trilogy of who we are: these Southern California kids who grew up feeling like the world was this endless possibility. We make music for a living. It’s the most insane thing that any of us would have imagined.”

Looking back upon their own youths yet constantly moving forward to the future, Local Natives have embraced their evolution and made what could be seen as the most Local Natives-sounding album of their young careers.